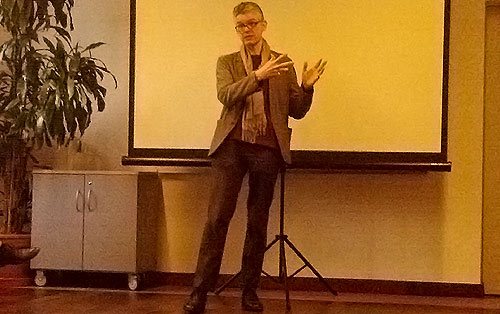 A few weeks ago, Chris Taggart from OpenlyLocal in the UK gave an interesting presentation. He was attending an event in Berlin: ePSI platform: Open Data: Apps for Everyone? Taggart aka @countculture spoke about how the hyperlocal site came into being in 2009, originally planned as a datajournalism project. In the end  he gives a kind of utopian notion about how a data driven democracy could look like. He is going to present in Berlin again in April at the re:publica 11. Find his blog here.

This is a partial transcript:

“I had no desire to spend my hours with programming and messing around with data. Actually I wanted to do some data journalism. And I thought lots of people are looking at government data – let me look at local government data. […] It was supposed just to be a tiny little project. It started off with twelve councils, trying to scrape of their websites. The basic stuff: Who the councilors are, which comittees they sit on. What were the meetings of these comittees. I wasn‘t even going to do a website at first. It just going to be data. Maybe just an API with one page describing how to use it. Then I thought maybe I put a few pages up there. […]